Enter the calls in the auction consecutively, starting from the dealer’s first call.

IBEScore uses a cursor to highlight the call in the auction which you are currently editing. To move the cursor backward to the previous call , use the green button marked “<”.

To jump to any call in the auction, tap on that call.

To clear the auction, tap the pink “Clear” button.

IBEScore will warn you if the auction becomes illegal,  (eg  containing an insufficient bid, a double of partner’s bid, or a bid followed by four or more consecutive passes). You can, however, accept an illegal auction.

If you came to the auction screen from the score entry screen, and you have not yet entered the contract there, IBEScore will infer the final contract from the auction which you enter.

To leave the auction entry screen without accepting the auction you have entered, use your device’s back button. 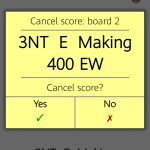 A written step-by-step how-to for entering a contract, a result or names and reviewing and cancelling scores 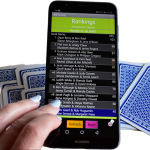 How-to view the ranking list during a session. Also used when spectating via a device 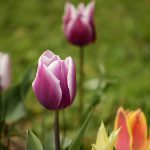 How-to start a session.
How to fill in player names.
LOCKED message.
Round Information screen. 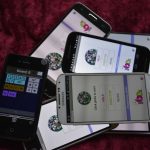 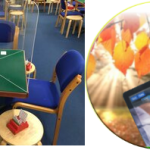 A how-to for directors and scorers to teach themselves the Director Menu for setting up and running IBEScored bridge games.