In the same way that a key will lock players out until the playing room is ready, IBEScore allows a game to be setup and then locked so players cannot access arrive early.

This is especially useful if you want to set the game up in advance, but need to control some aspect of it before play begins. For example if the movement might change, or player assignments are pre-determined. It also stops players trying to assert themselves into North-South seat before leaving home!

The game is not necessarily compromised if you forget to lock a game until you are ready for the players, but there will likely be some confusion when players see a “Game superseded” error and must refresh.

Locking a game stops any possibility of players pre-entering scores and prematurely and potentially being able to see a hand diagram.

To lock the game, enter Director mode and tap the padlock image near the top right of the director control screen. To unlock the game, tap it again.

When you next create a game, it will be unlocked automatically; this is the default behaviour. If you wish to create a game in a locked state, tap the padlock image that appears to the right of the “Create game” button which appears after you select the movement.

In the App These three buttons appear on the front page of the app – click on each here for an image preview of the clickable options available in-app via your device’s browser.

A how-to for directors and scorers to teach themselves the Director Menu for setting up and running IBEScored bridge games. 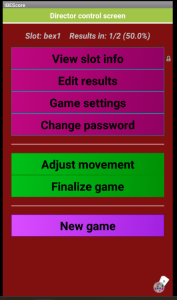 How to publish results from IBEScore after a game is completed. And how-to restore archived games to make score corrections

Change a range of display elements to customise your device. 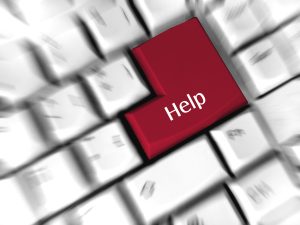